Storytelling: Passage of the Future / Window to the Past 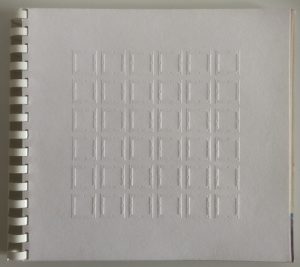 PictureBook: Passage of the Future / Window to the Past. Hand bound, cut-up. 25 copies.

The storytelling project, Passage of the Future / Window to the Past consist of 36 steel framed pictures; silkscreen on float glass with steel wiregrid.

It is conceived as a visual commentary on the processes of the design of the building by architect Henning Larsen and the actual building of the IT-University of Copenhagen from its inception June 2000 to June 2003.

*) Baby Grand: a small Grand Piano suitable for the home / apartment where space is at a premium.

Passage of the Future
When something as unique as the founding of a new university is in progress, everyone involved is tied up with specific tasks and nobody has the time to record what is going on.

However, such a story will become important in the years that follow as the institution consolidates and matures and people may start to inquire about its early history; about the whys, the hows and the why-nots?

Official records from government files and minutes from meetings will always be there to tell part of the story, but to catch the moments of the completion of a building under construction is something else.

That is the story we, The Virtual Baby Grands decided to tell, with ymbolic initial financial help from management at the IT-University and and engaged sponsorships **.

Window to the past
The idea for this storytelling project followed the selection of the winner 21 June 2000 of the architectural competition to design the new IT-University: HLT A/S (Henning Larsens Tegnestue A/S.

Unique was also the geographical location: the new university was to be located in Ørestad,– a nascent district at the time – located on Amager on the outskirts of Copenhagen that recently  had been linked to Sweden by a spectacular hanging bridge, Øresundsbroen. 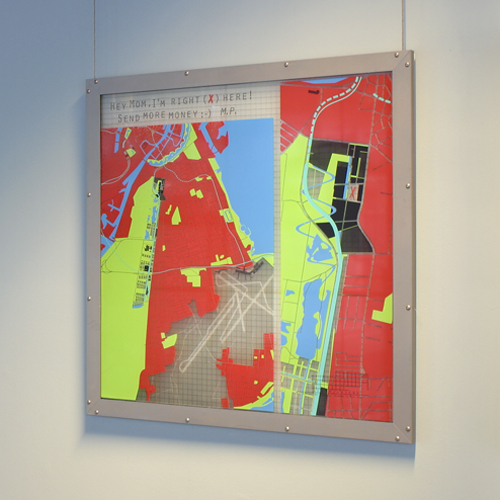 To record the ‘passing’ of time a playbook was developed.

A five item dogma projectplaybook to adhere to 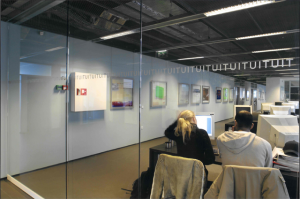 Architect Henning Larsen’s endorsement
Architect of the new IT-University, AIA price winner Henning Larsen, well known for his willingness to dare to walk where noone has walked before gave his support for the project immediately.

“It is the rare situation when the creative processes from the drafing phases to the completion of the construction is documentet – most often, all that is known is the final set of drawings and the completed building. 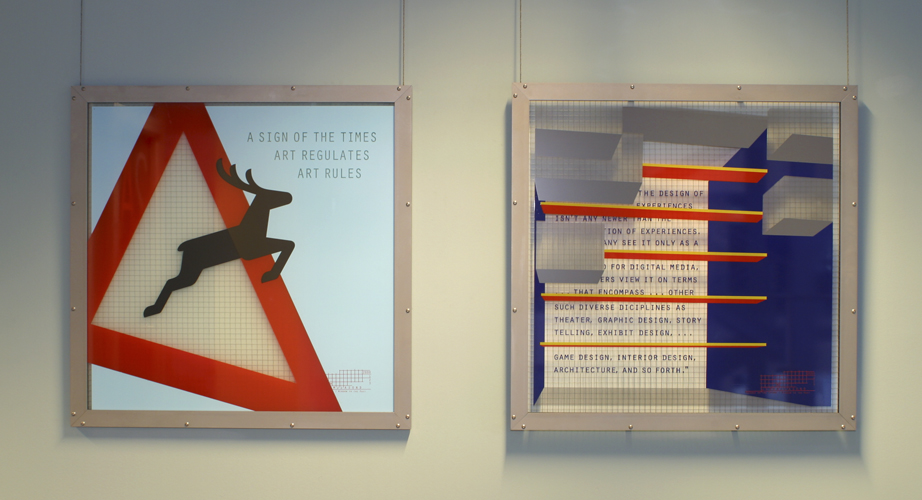 Everyhing else that takes place between these two points, is usually lost for good

Therefore I am most pleased to see that the arts project ‘Passage of the Future / Window to the Past will preserve elements from this process and give them an independent artistic expression, for the times to come.” 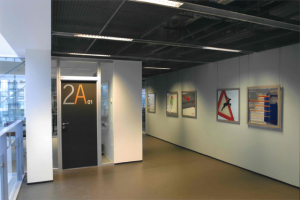 A 22 square meter collaborative effort
Since nothing reminiscent to final drawings of the building had been made when the storytelling project was initiated, no one had the faintest idea about where to hang the approximately 22 square meters (198 square feet) of panels that was proposed.

Therefore an arrangement was made with HTL that the architects should be consulted regarding where to hang the work and thus the project gained status as yet another building element to be taken into account. 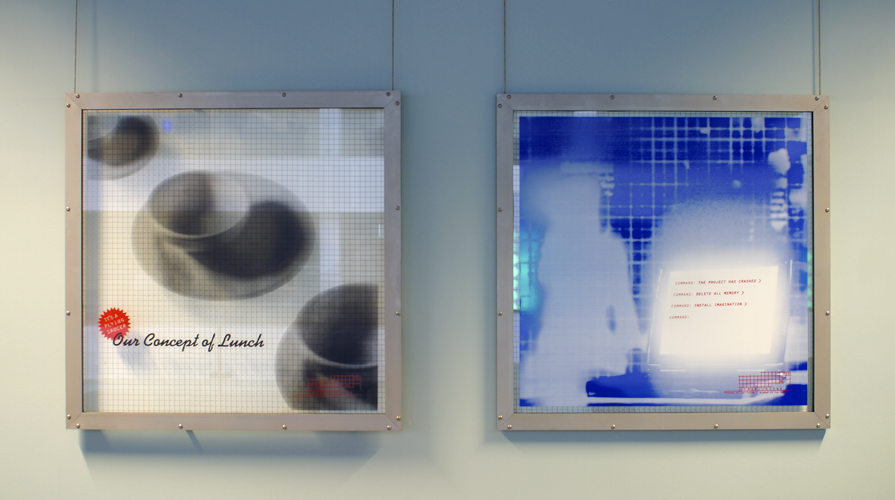 Hypothetically the storytelling project could serve as a dividing wall in the cafeteria, a ceiling in an auditorium or a free standing installation in the atrium.

In order to meet fire code specifications and other regulations, fireproof steel-wired glass was selected as ‘canvas’, framing of steel, designed in such a way that it could be a self-bearing structure.

The choice of glass as the ‘canvas’ seemed natural in the context of a HTL building because transparency and support of the flow of natural light is a common theme in most HLT buildings.

In the end the hanging of the panels from the ceiling along the walls on the second floor was dedided on, as it made the panels visible from most floors and all directions. 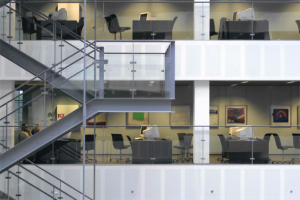 A disciplined visual voice
The creation of 36 panels over a matching 36 months period of time calls for foolproof guidelines to uphold the integrity of the project. 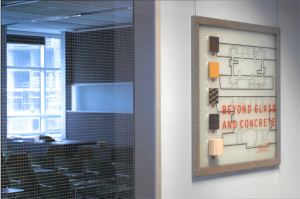 That was the playbook, but the creation of the panels also called for manual labor!

An editorial board: The Virtual Baby Grands
From the very start the intention was to have a editorial team work along lines similar to any editorial board of a monthyl publication.

The Grand practitioners
The concept had barely been formulated before the IT-University hired a chief architectural consultant, architect Eva Grell Frederiksen to supervise the building project. Eva was a natural choice as our main source on building process data.

A sponsor agent, engineer and sculptural artist Lars Peter Christensen had already been contacted due to his competences with product development.

To juxtapose my own functionalistic/classisist design background Leo Scherfig, a bold and radical graphic designer was invited on board. 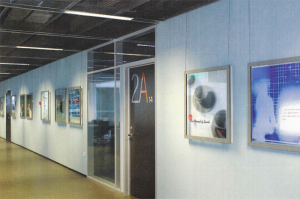 The Grand theoreticians and free-lancers
To balance out the pragmatic minds an alliance was forged with – at the time – ph.d. students Ida Engholm, Ida Klastrup, Jesper Juul and IT-University students Ida Wang Carlsen, Sune Børsen, Carl Kjær og Torben Kjærgaard. With this team a potent editorial board coud be established.

We decided to name ourselves: 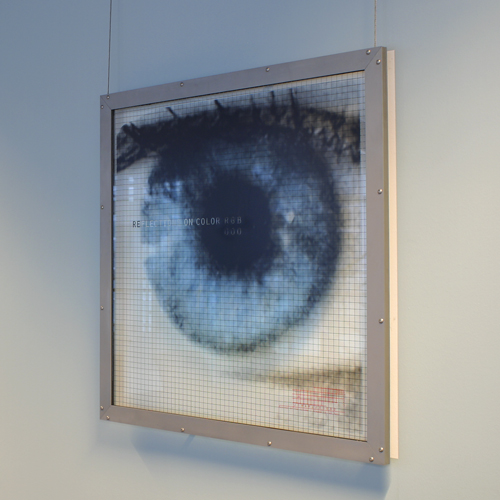 Visual editing
During the three years plus a regular editorial meeting was held once a month.
Any member was responsible for obtaining information about the ongoing building process.
At meetings each member presented one or more themes for discussion and the disignated editor of the month would direct the meeting towards concensus for the theme of highest priority.
When the theme had been decided on the editor would work along with the art director for the month and the graphic designer to create the visual representation of the theme.

The end result
Due to a building extension process beyond the our influence the storytelling project was completed a little more than for years after its inception.

Unexpected benefit
The storytelling project proved to serve a purpose beyond our imagination at the inception.

The partners of the building included architects, engineers, building consultants and administrators af many kinds.

The feedback was that the humour evident in several pictures had a mediating effect in an otherwise at times polarized environment.

It was evident that a platform had been created that allowed for a smile whenever we addressed various acute issues, a platform that invited to focus on partnering and collaboration.

Not a bad way to record a Passage of the Future and leave open a Windoe to the Past.

This project was only made possible due to the generous participation of: 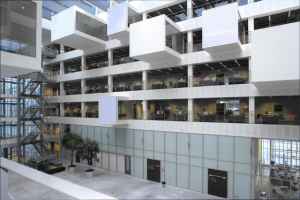 Published 31 August 2004, www.itu.dk/readit, the digital newsletter at the IT-University of Copenhagen. 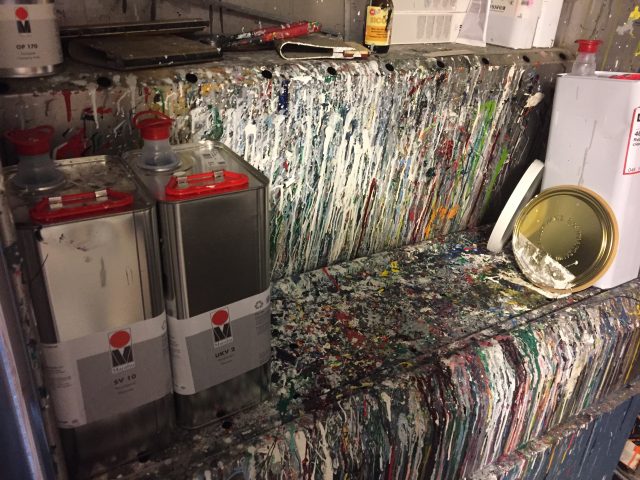 Silkscreen at The Danish DesignSchool, mixing of colours withDino Brown 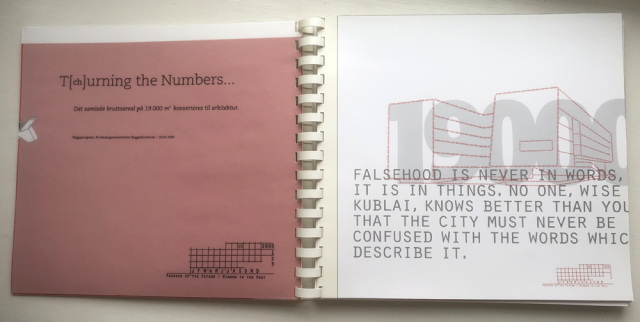 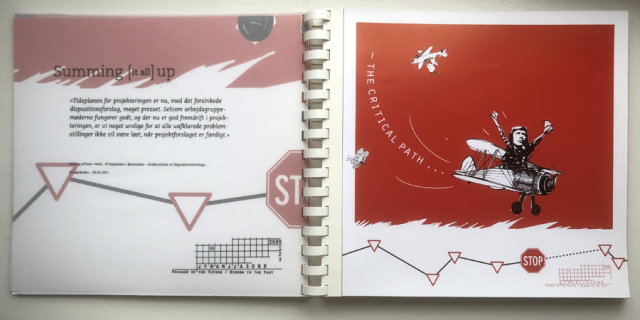